The mangalica pig may be one of the most popular pigs nowadays. Its atypical aesthetics has led it to be subject of debate throughout the internet, even been believed that it was a photomontage. Maybe you don’t know it by its real name but the term "sheep pig" is much more familiar. 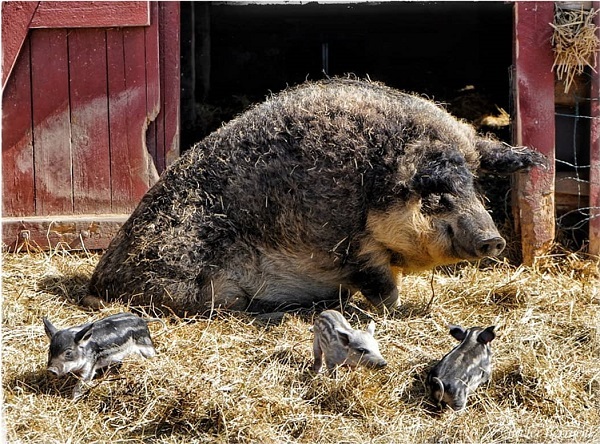 Why is Mangalica pig so characteristic?

The characteristic coat of mangalica pigs is very similar to wool. During winter, the hair is curly and thick, very similar to that of a sheep. In summer, your curls become thinner and softer. This is due to the fact that it is native from Hungary and Romania, so it has developed both coat and fat to be protected from the cold and snow of its natural habitat. There are four varieties of mangalica pig according to the coat color: Red, swallow-bellied, blond and black (already extinct).

Another characteristic of this pig is high fat content, reason why it has been very popular during the 19th century. However, after the Second World War, its consumption gradually decreased and in 1990 it has been declared in danger of extinction because consumers were gradually preferring other types of meat. The recovery of Mangalica pigs was driven by a Spanish ham company which was interested in the breed, began to develop a recovery program for that species while importing its hams to Spain.

Differences between mangalica and Iberian pigs