How to make a good Spanish Potato Omelette?

Do you like this traditional Spanish meal? Us too! ... If you want to know more about its origins and learning how to do it, you are at the right place. 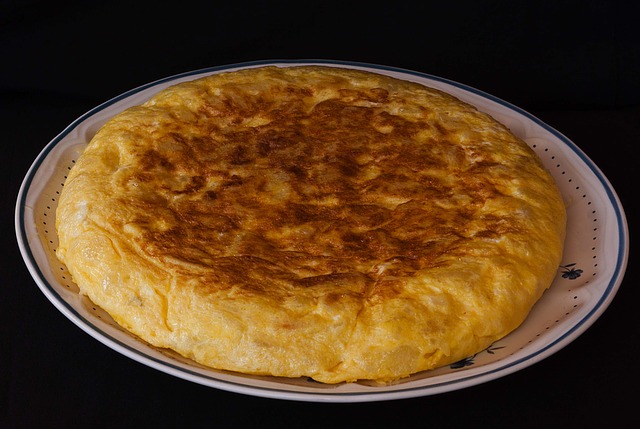 During the conquest of Peru, the Spaniards observed natives were fed on this fruit, which they called in Quechua language "papa", and from which they observed that it was tender if it was roasted. It was very similar in form, not in taste, to another known as "sweet potato". Both would be imported, but they would not have much acceptance in Spain until the later time of famine.

Even so, in the mid-16th century, the potato was already present in England, Ireland, Italy, the Netherlands and Germany. Although the farmers were not very enthusiastic about the idea of ​​growing it, it was proved to be an ideal food: it grew in cold lands, gave great crops in a short time, and could replace the cereals carbohydrates in feeding. Its popularity was increasing little by little, especially in times of wars, since being hidden inside the earth was not razed by enemy armies.

By 1720, an Irishman residing in Madrid, Enrique Doyle, would convince King Charles III of the benefits of the potato, and 5 years later it would already be common food throughout the kingdom.

Around 1790 the potato would already be called that in almost all of Spain: with a word that is a mixture of "papa" (potato) and "batata" (sweet potato). Only in the Canary Islands and part of Andalusia would they continue to call her pope to distinguish her from sweet potatoes grown in Malaga.

Well, we have the potatoes, and we already had the eggs. It is only some imagination needed to get an omelet, so let's continue to see how they found it.

We must know that the first and main obsession among the first potato farmers was not to promote their direct consumption but to feed the bakery industry as they did in Ireland and other countries. As it is said, it would be in Navarra where, as a result of the inventiveness of the humble ladies, who had to find the best way to feed their peasant families, the idea of ​​frying a dough made with a mixture of cooked potato, water, salt, yeast and wheat flour, until giving rise to what we know today as potato omelette.

It is logical to think that, because it was peasant food, it was not a food worth eating, and, in fact, it would not be until the middle of the 19th century when it would become a common lunch for everyone.

In 1867 it would become part of the menu of the Spanish restaurant at the Universal Exhibition in Paris and even King Alfonso XII offered it to the Prince of Wales during a visit he made to our country.

Today, the Spanish potato omelette, which refers to a compact egg omelette, made on both sides and without bending, unlike the French one, and to which we can even add onion, sausage or tomato. It is included in all the recipes, and it is undeniable that it is one of our traditional dishes par excellence.