How do cheeses differ from sheep, goat and cow's milk? 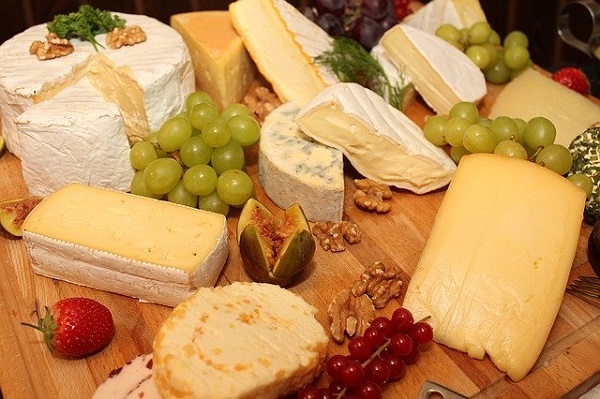 Depending on the area, one type of cheese or another will predominate. This is due to the different climates and the different orographies we have in Spain. For example in Cantabria, cheeses made with cow's milk are mainly produced. In the Basque Country and Navarra, Lacha sheep predominate, while the Catalan Pyrenees is known for its famous goat cheeses. From the Cap de Creus to the Punta de Tarifa (which has been our entire coastline) goat cheeses predominate. In contrast, in the center of the peninsula, the predominant cheeses are sheep and its breeds. In Extremadura and western Andalusia, goats and sheep have always predominated.

With this, we just want to illustrate the reason why there are certain typical cheeses in one region and not in another. Let us now go deeper into the types of milk.

Cow: Most of the cheeses produced in Spain come from cow's milk since they produce more milk than sheep and goats, so this type of cheese is usually cheaper. They have a creamy and smooth taste, with less fat content than milks from other sources. They are the most suitable cheeses to introduce children in the world of cheese. Among the best known Spanish cheeses; we find Tetilla cheese or Mahón-Menorca cheese. As for the internationals, Cheddar, Provolone, Gouda or Brie are the most famous.

Sheep: Sheep milk is highly nutritious, and it contains more vitamin A, B, E and calcium than cow's milk. They are usually semi-soft and are known for their soft texture and for being slightly oily. We find them in many varieties: Manchego, Idiazábal or Torta del Casar cheese are made from sheep's milk. So are the Italian Pecorino or Feta, known for its sour and salty taste and for being widely used in Greek cuisine.

Goat: Goat cheese has a strong and spicy taste, in addition to a unique aroma may vary slightly depending on how long it has been cured. It is usually digested better than cow's because its milk contains less lactose, casein and fatty particles. In Spain we can find Majorero cheese or Murcia cheese. Internationally, the most famous are Pouligny-Saint-Pierre (a French cheese) or the Ktaftka, a blue cheese of Norwegian origin that came to be considered the best cheese in the world in 2016.

Although there are different formats, the most common is to finding it in the form of a trunk or wrapped in fresh herbs and spices.

Now you know how the cheeses made from these three types of milk differ. In addition, you should know that if you want to try them, you can find some varieties in our store.

Visit all our Spanish cheese here