Why it is though the ham from the left leg is better than that from the right? 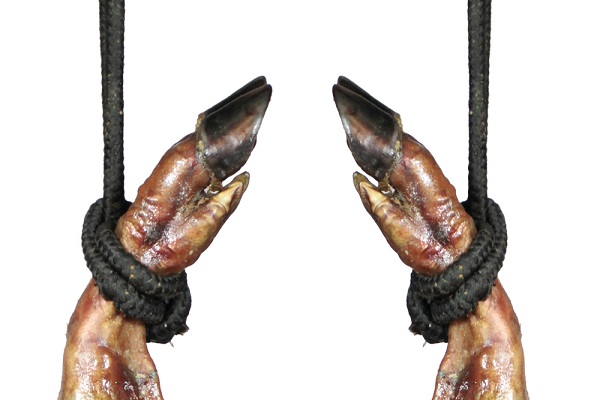 The myth about the left leg

Some years ago, it was thought the ham on the left leg is better and more tasty than the one on the right leg. Certainly, this is one of many myths existing about the choice of whole hams and shoulder pieces. This myth has been spread through different media, including television. The idea has even promoted as one of the most important factor at the time to buy a ham.

Where does this myth come from?

Actually, this myth has been motivated by an earlier one. Formerly, it was thought that pigs rested on the right leg, but reality differs a lot. It has been shown that pigs rest on both legs, as the animal may be more comfortable.

The legend confirms pigs always rest and sleep on the same leg. If this would have happened, the ham remaining in the lower leg would have less infiltrated fat, so that the ham in the opposite side would be of a better quality. The most curious thing about this myth is that it does not occur on shoulders, only on hams. According to the theory, this should happen in both front and hind legs.

In conclusion, the leg of the pork from which the ham comes is not a key factor for its quality or level of infiltrated fat. There are other factors that really do matter, such as healing. Do not be cheated!